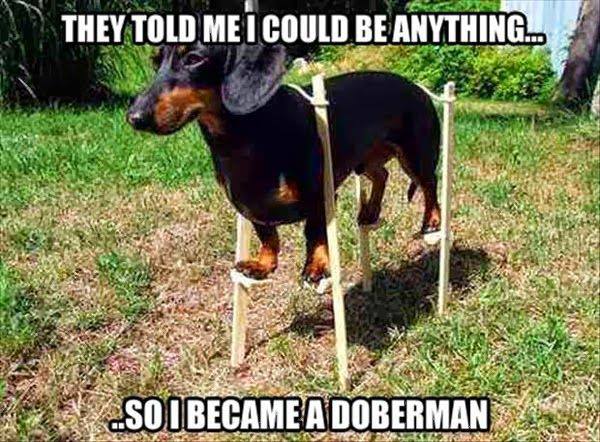 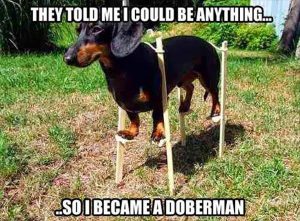 I used to run guidance classes at the school with the kids. I was always intent on pushing the issue of knowing yourself. As part of my attempts to “disturb complacency”, a pivotal concept I was fortunate enough to have learned from Jan Darsa when she visited the school.

I created a scenario.  I told the kids that as we were doing subject choice and in order to choose the right subjects for matric, all they had to do was ask what they wanted for their lives and choose accordingly, simple.

I was able to maintain a composed demeanour, which was important for the experiential learning to succeed. I explained that to help us discern what we wanted to be/do, we would answer the following questions quickly so that we could move on to more important stuff.

Each kid had to fill in the answers and then sit in the Hot Seat, share their answers and take questions from the group.

There were three discernible responses to my instructions from the group.

The kids from response team 1 grappled with each other to be first in the Hot Seat.

I asked the girl called Emily to start.

“My name is Divina Star Rose….. I was a model but now I am the CEW (chief executive woman) of Gucci. I live in Monte Carlo, close to the palace in summer and at my 23 room cottage on my island in the Seychelles in winter. I do not drive a car; I am driven in a Bentley Mulsanne, current retail price, $295,000. I do not have a chosen status, I am beyond wealthy, beyond envied, beyond desired. By the way my daughters’ names are Pink, Cerise and Honey”.

After the laughter had subsided Emily took some questions. Some focused on the apparent incongruousness between her words and her person. Some focused on what her 23 room cottage looked like and who did the interior design work.

We then descended into a heated argument about the notion that we can be whatever we want to be.

Why not Emily, the name you already have? And what the #@*! is with Divina Star Rose? Wealthy envied and desired?! You’ve created a whole new person…what about you? That is me!

Emily countered that is was wrong to tell people that they could not reach their dreams no matter what these dreams were. It’s just your opinion that’s all.

One of the kids, the one who was destined to be civilly disobedient,  already was actually, objected to the obvious error of the notion you can be whatever you want to be.

“This feels like Hannah Montana,” she snorted with undisguised contempt. “You can be whatever you want to be honey TV shows with their simplistic, stereotypical one-liners. We should be asking the question who am I and what do I have it in me to be and to do?”

In essence she was arguing that we were turning away from ourselves, dreaming about being these animation type people and ignoring an obvious source of self-knowledge and direction.

I knew what she meant.

My friends and I used to watch these clichéd American teen programs with glee. The real fun was to predict and sum up the plot, the summary and message of the program as quickly after the show had begun as was possible. On average the winning time was 73 seconds into the show including ad and toilet breaks.

Can life in general and the lives of individual persons in particular be reduced to a few choice formulaic axioms?

Don’t treat the dream as if it were a recipe to follow literally especially at age 15.My opinion is this; work on the fantasy but don’t get trapped by the dream. The fantasy if explored, amplified, played with is likely to yield important information about the person, but this can only succeed from a perspective of detachment, watching yourself talking about yourself.

I see a lot of people at the back end of their careers who have discovered what they really want to do when they grow up.

Perhaps they followed the recipe and didn’t explore the fantasy.

I believe schools should be helping kids to do this as part of the schools commitment to Developmental Education. 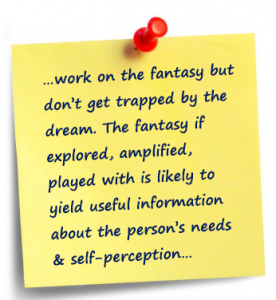